I picked up Greg from the Marriot and we headed back to the campground to pack up and attach the camper back to the jeep and start heading to Utah!! We drove 9 hours but gained an hour so we arrived at the campground before dark. I just randomly picked this place and it’s great!! There’s hardly any campers here at all, quite the opposite of the last campground I stayed in.  They also have one of those free library cubbys. We saw a lot of them last year. I took a picture for my friend Ria, who’s a librarian. (She loves books) We set up camp, had bologna sandwiches and pickles for dinner. Basically, at this point in our travels, we just want to put as many miles as we can so we get to Utah faster, however, we know that 9 is our limit. After 8, we start getting uncomfortable and antsy!

Today we are hoping to make it to Buffalo Bills house in North Platte, Nebraska. The weather has been great these past 2 days. Hoping for more sunny days ahead!

I spoke too soon!!! The first seven hours of driving was great. We made it easily to Nebraska. The gas stations in Nebraska are a little confusing! The super unleaded cost less than the regular unleaded, yet they are both 87. Hmmm??? 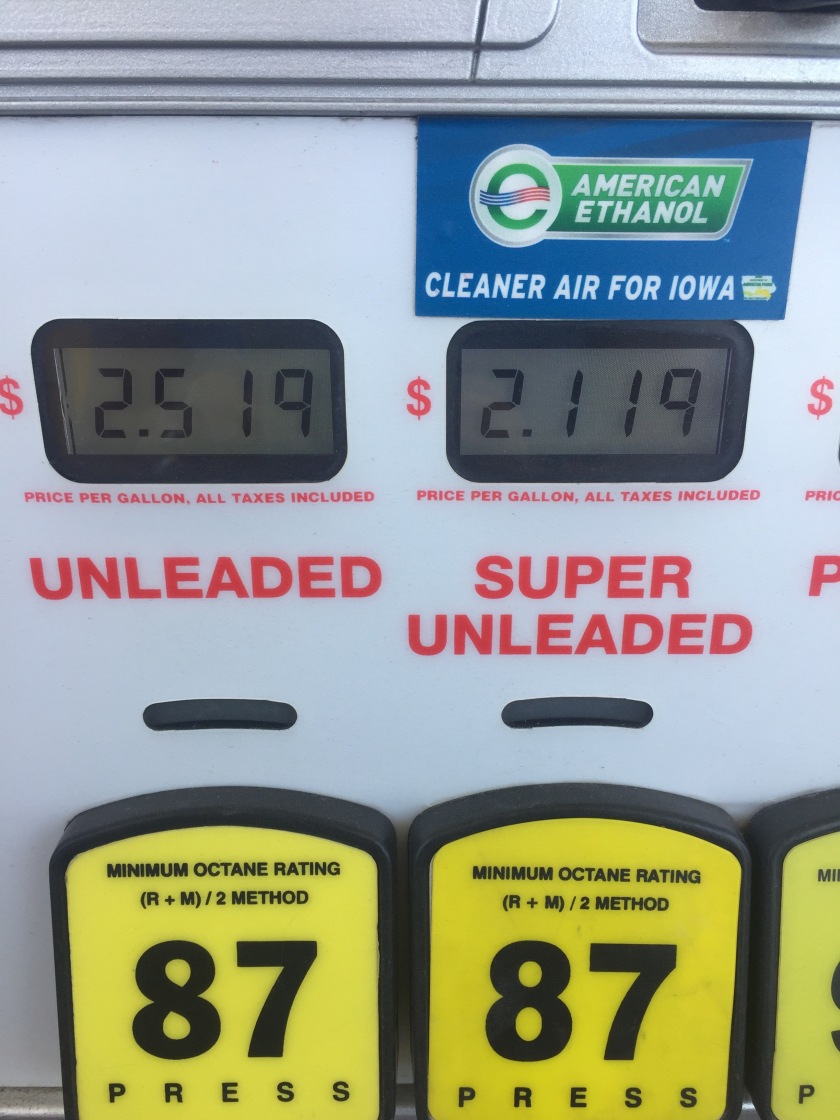 Then the skies started to get dark and Greg looked at his weather radar app and BAM! A giant storm heading our way. We made the decision to pull off the highway and find a carwash or a roof of some kind to keep the Bumble Bee dry as it’s not exactly waterproof. We made it just in time to an Econolodge and sat there for a while waiting for the storm to pass.

The storm sort of lingered over that Econo Lodge FOREVER! So we decided to just go and drive to the next campground through the rain. We made it! The campground in North Platte, Nebraska,was very desolate and sort of like something from the show Breaking Bad. Traffic in and out all night to the camper across the way.

We left in the morning for another long drive to Rock Spring, Wyoming. We decided to stay at a KOA for the convenience and the fact that I need a shower really bad as well as we both need to do laundry and KOA’s are right off the highway and have all the modern conveniences. However, there is nothing “campy” about this campground!!

We set up camp next to the ConocoPhillips oil barrels and headed into town for a bite to eat. Had some amazing Mexican food for the second night in a row.

Today we have a short drive (3 hours) to Utah and will be staying a couple of day at Antelope Island State park which is located on the Great Salt Lake.